The Brixton Road rail arches carry the Atlantic (ATL) and Catford lines (CAT) between Denmark Hill and Brixton Stations. Annual Network Rail inspections of arch 276 identified the ATL end of the structure as being under strength and a temporary speed restriction was introduced. The Network Rail remedial works were scheduled for Autumn/Winter 2020 and Dyer and Butler were appointed Principal Contractor to undertake the works.

Due to the site constraints associated with the arch location (i.e. parallel to other rail lines and residential properties), an alternative bid was proposed by Dyer and Butler to build the arch in-situ. This required the seven arch sections to be delivered and installed individually onto a steel jacking frame within the arch, which was later raised to the soffit of the structure to complete the strengthening.

This alternative methodology negated the need for lengthy abnormal possession of the site and the use of a track-mounted crane. Post jacking, walls were then cast beneath the arches while the arrangement was supported in its final position by a complex temporary works arrangement. Subsequent to the super-structure works, the arch will undergo internal fit out and be returned to use as a workshop. 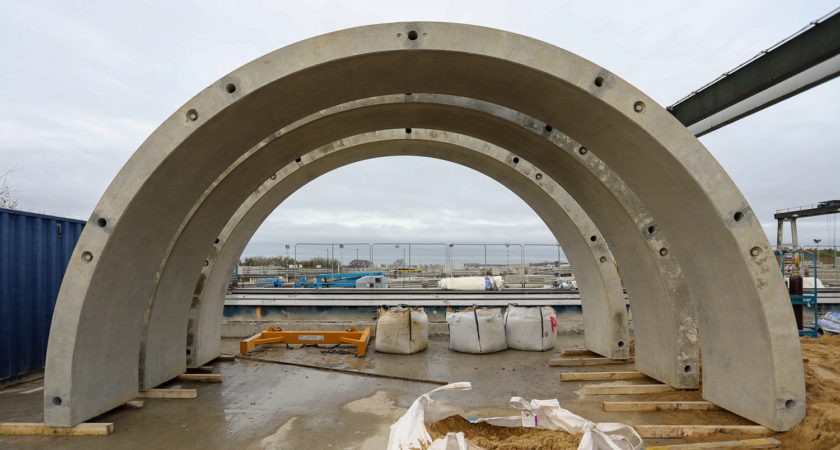 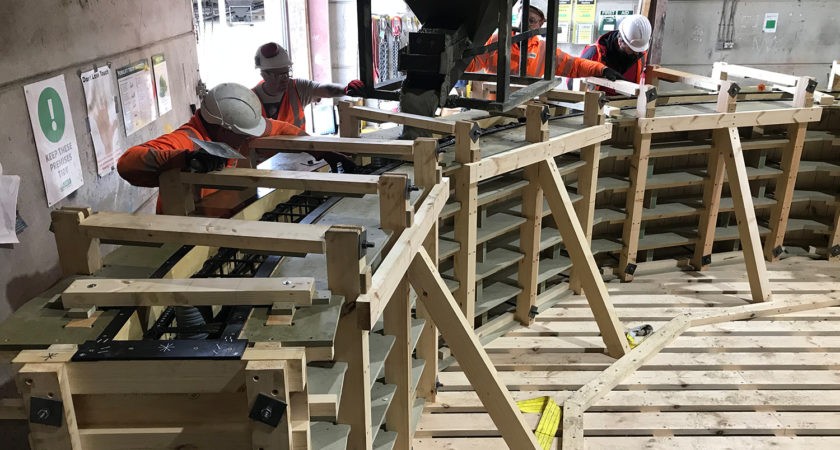 How did Poundfields’ bespoke department help?

Seven precast arches were supplied which were each 3.75 metres high and weighed nearly 8.5 tonnes.

Radius cages were fabricated in-house. Due to the shape and size of the units, a design specification was produced to cover the lifting of them whilst on site. This ensured that any undue stress during the lifting and turning of the units was avoided before the arches reached full strength and resulted in the lift being both safe and level. The sheer size of the arches meant that the headroom required to pitch the units had to be taken into account. 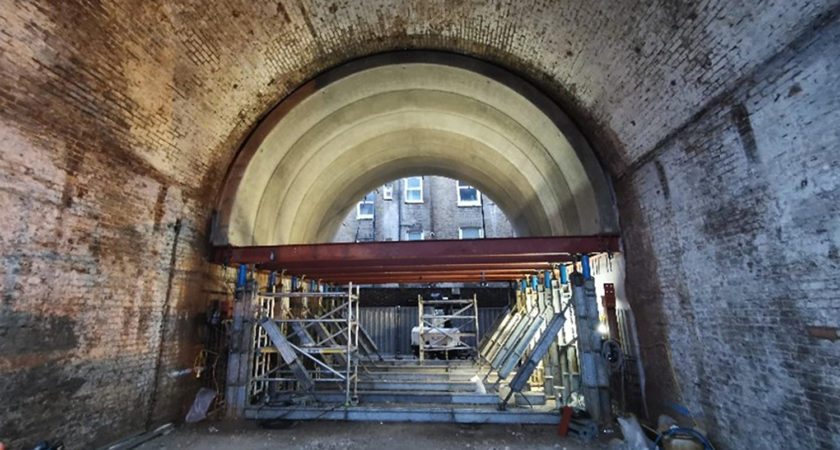 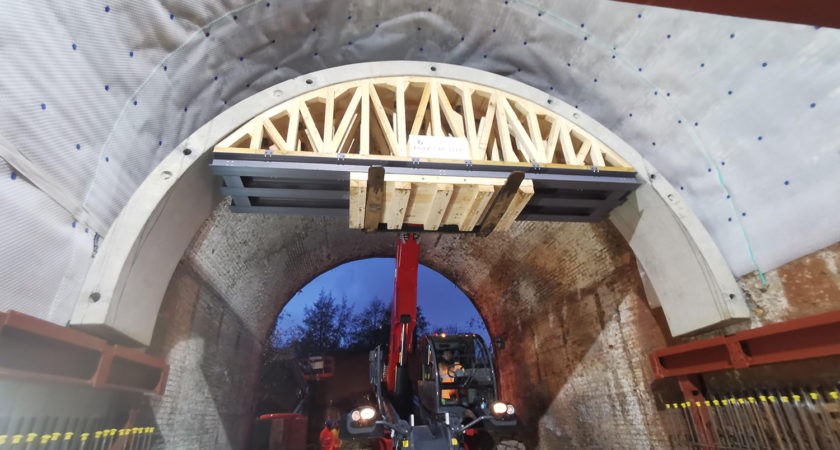 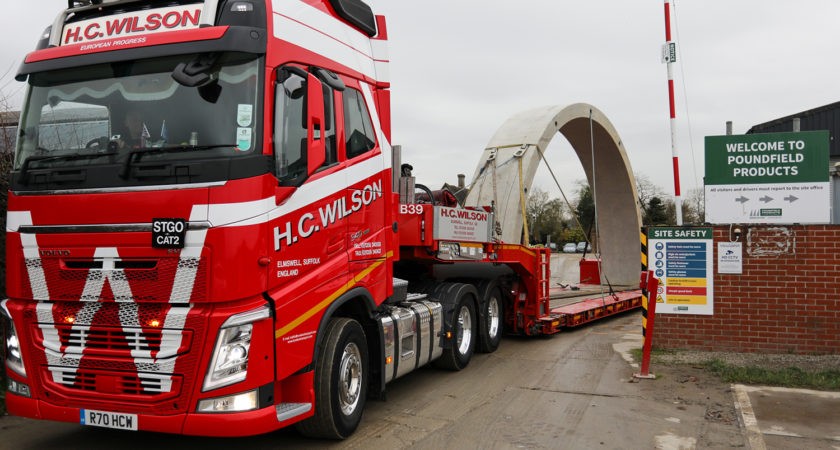 Delivery of the units to site involved considerable logistical planning in order to avoid all low bridges.

The route was checked online and then the actual route chosen was driven before hand to ensure there would be no obstructions on the way. Specialist low loaders were used to transport the arches safely over a period of days.

Photos on site supplied by Dyer and Butler